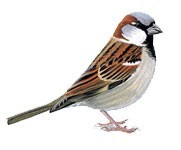 Be the best you can be

SATs (Standard Assessment Tests) are compulsory national tests, given at the end of year 2, year 6 and year 9. They are used to show a child's progress and attainment compared with other children of the same age both locally and nationally.

How SATs are graded:

You can find more information here.